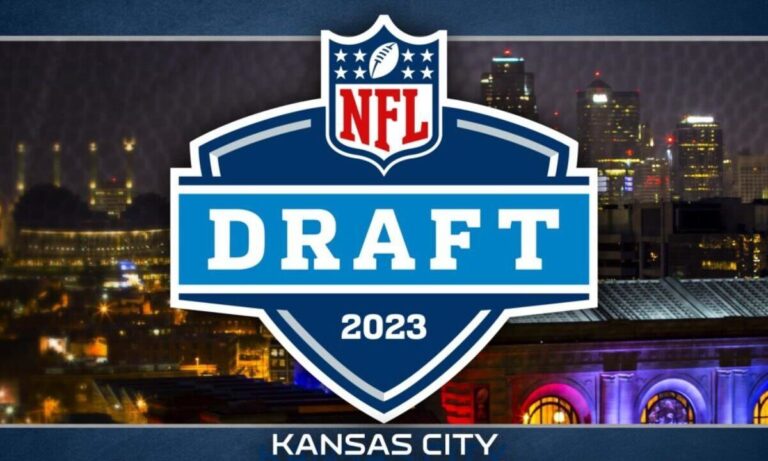 We are officially past the midpoint of the 2022 NFL season let’s take a look at a few guys that could potentially be Chicago Bears next season. As you may remember I wrote a similar article last year and it was one of my favorites to write because the draft season is by far one of the best parts of the NFL season.

The Chicago Bears who are currently slated to pick at number eighth overall, head into the offseason with eight total draft picks after acquiring two from the Baltimore Ravens, Baltimore’s own second and fifth-rounder, and dealing their second to get wide receiver Chase Claypool away from the Pittsburgh Steelers.

Park Ridge Illinois’ finest and Northwestern’s top draft prospect Peter Skoronski is what the Bears need in the draft. Standing at 6’4” and 315 pounds Skoronski would immediately slide into the starting role at either left tackle or left guard as he does have interior flexibility. In the 2021 season, as a sophomore Skoronski played roughly 820 snaps while only allowing 12 quarterback hurries, six quarterback hits, and two sacks. Some of his strengths are that he has an insanely strong upper body which allows him to control his opponents. He gets off the ball super quick and prevents opposing linemen from blowing by him. Some of his weaknesses are that he ends up playing high which causes him to lose some leverage, which can be fixed in the NFL so it isn’t a huge problem.

It isn’t a surprise that the Bears have been struggling defensively as of late. One way to fix that is by taking one of the best defensive linemen in this class which is Clemson edge rusher, Myles Murphy. Clemson runs a 4-3 defense similar to the Bears so he would be a nice scheme fit. Murphy is one of the two Clemson defensive linemen projected to go within the top 10. So far in his collegiate career, Murphy has a total of 106 tackles, 35 tackles for loss, and 18.5 sacks. The 20-year-old pass rusher already has an NFL-caliber spin move along with an intense bull rush. He would be a very good replacement for Robert Quinn, especially opposite a guy like Trevis Gipson. Now, some weaknesses we have seen in his game are that he struggles to shed off blockers while also needing to use his hands better as he lacks violence when using his hands and he doesn’t move laterally as ideally as you would like to see.

Smith-Njigba is one of the top wide receivers in this nation. While he has fallen down my rankings due to not laying much this season because of injury he still is a game-changer that will be taken super high in the 2023 draft. The 6’1” 200 pound wideout broke out on the scene last season in the Rose Bowl game against Utah where he put up a record-breaking performance of 15 catches for 347 yards and three touchdowns. While he and Justin Fields did overlap at Ohio State they only connected for 10 receptions for 49 yards and a touchdown. Smith-Njigba has a great ability to get himself in open space as well as having sure hands making him a favorite of his quarterbacks. One of the few knocks he has on him is that he drops the ball more often than you would like a top wideout to drop.

TCU’s Quentin Johnston is my favorite wideout in this entire class. Johnston would be a great fit alongside both Darnell Mooney and Chase Claypool mainly due to his size, 6’4” and 215 pounds, and his ability to get up and snag contested catches. He has been a key piece in the TCU offense and has helped the team tremendously to achieve a top-four spot in the Associated Press top 25. Currently, Johnston has 45 receptions with 650 yards and four touchdowns. I believe that Johnston has the highest ceiling in this class along with North Carolina’s Josh Downs. Some of the strengths he has are that he is a crisp route runner and can haul in some incredibly tough catches but he does come with negatives which include a very small route tree as well as not being a great blocker despite his size.

Another potential Ohio State Buckeye to be a Bear is offensive tackle Paris Johnson Jr. Out of his 768 snaps in 2021 he only allowed 13 QB hurries, one QB hit, and no sacks. He comes in standing at 6’6” and 310 pounds. It is a tough choice between both he and Peter Skoronski as to who will be the first tackle off the board in late April. His strengths include he doesn’t quit on plays while also being a huge leader in that Buckeye locker room. Johnson also plays with nastiness which is a trait that Bears general manager Ryan Pace looks for in his offensive linemen. He, like all prospects, does come with weaknesses in his game; he can get impatient and start to play with a poor base and he also lets pass rushers get into him rather than delivering a punch to them.