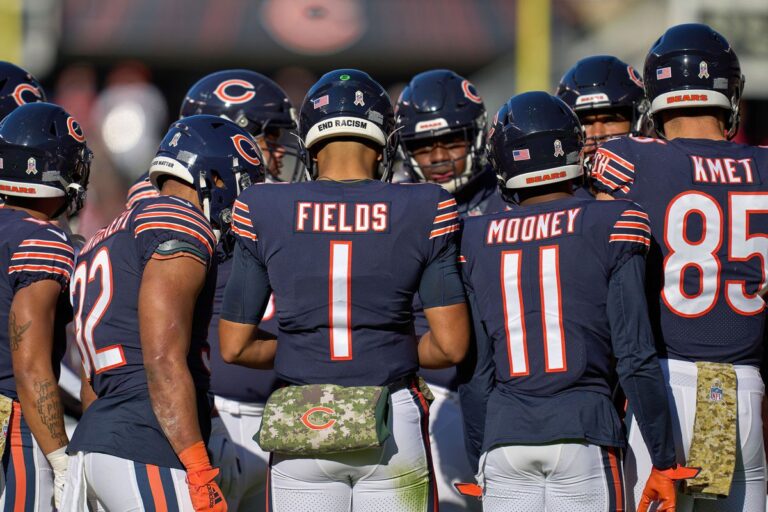 The regular season is finally here, and the Bears look to start the season with a win against the 49ers. Although the hype from the national side of things is not there, I expect the Bears to turn some heads. Whether that’s week one or week eight, I don’t know, but I guarantee we will not win just 3 games. With that being said, here are my five bold predictions for this season!

David Montgomery Solidifies Himself As a Top 5 Running Back

I have been on the David train since this dude arrived in Chicago. And I think this is the year he puts himself on the national radar. In the past, David has dealt with a lot of shit. Including Mr. “I didn’t come here to run the I-formation”. And the recent offensive lines the Bears have rolled out. Fortunately for him, I think he doesn’t have to worry anymore now that Luke Getsy is in town. This offense will live and die on the shoulders of David Montgomery. We got to see a glimpse of what this running game will look like against the Browns and boy did David look sharp. Not only did we see David take advantage of his opportunity, but we got to see the much-improved offensive line. Overall expect David to get TONS of opportunities this season which will lead to his best season yet as a pro.

One of the main criticisms of this Bears team this year has been the “lack” of weapons surrounding Justin Fields. Now, can that argument be made, sure, but I think too many people are sleeping on the development of Cole Kmet. Kmet had a sneaky good season last year as he put up 612 yards. Now yes, he needs to reach the endzone more, but like Montgomery, I think the scheme change will do wonders. Last season Kmet had a target share of 17.7% which ranked 11th among tight ends. With him being the featured tight end, he should have no issue ranking in the top 7 by the end of the season.

The fact that this record which was set in 1995 is still standing is sad. Like many other Bears fans, I think Fields will have a mini breakout season. What that looks like we all wish we knew. But I can say that 2 passing touchdowns a game is very doable. The situation Fields is entering is not as bad as the media makes it out to be. Mooney is a 1,000-yard receiver, Kmet like we just discussed is a very capable TE and the wide receiver depth is there. On the other hand, health could play a part in this. Fields is going to take shots often due to his playstyle and the uncertainty of the O-line. Therefore, missing games are in play. But on the bright side, he won’t be taking 3 step drops while Myles Garrett is going one on one against 40-year-old Jason Peters.

Last season the Chicago Bears won 6 games with a horrible coaching staff, the 3rd hardest schedule, and one of the oldest teams in the league. To say that they can’t win 2-3 more games and sneak into the playoffs is wild to me. Since the day Poles and Eberflus were hired they had a vision for this team. We’ve all heard it, they want to play fast, physical and smart football. And it’s clear based on the roster they have built. For the offense, Luke Getsy has built everything around Justin Fields and his playmakers. Something which was not done last season. The defense has bought into the HITS principle and will feature young, fast, explosive athletes hungry to make plays. Now you may be saying that’s great, but what’s their path to the postseason? Since the recent trend of trading your QB to the AFC has started, the NFC has gotten a lot weaker at that position. As it’s a quarterback league, more often than not the better quarterback comes out on top. And it should be clear based on my thoughts of Justin Fields that he will rise above most of these guys in the NFC.

This prediction kind of ties in with the last. If the Bears do sneak into the playoffs, you have to think Eberflus is in the running for winning the award. Since the narrative on this team is we’re going to win 3 games and be the worst team in the league. Winning 9 games and making the playoffs could give Eberflus a good enough shot at winning the award. With that being said this should be a good year of football. I don’t think Bears fans will be waking up Monday morning thinking what the hell was that. Eberflus will keep this team in many games, even if they don’t result in wins. And let’s all enjoy the breath of fresh air.