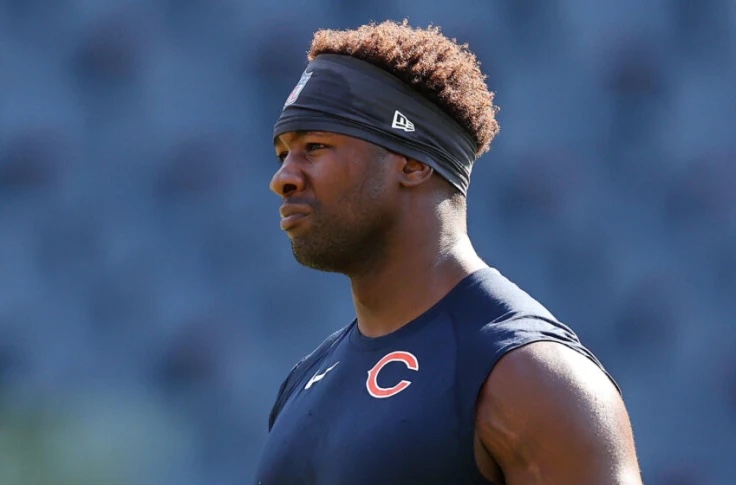 The Roquan Smith saga continues to go on in Chicago and the debates have been endless ever since the star linebacker requested a trade as part of his contract negotiations. So I decided to ask a few of our contributors the simple question, would you sign or trade Roquan Smith?

I would extend him just cause of how he could fit in the system but I would do it at the right price. The most I would do is 5 for 90. Don’t believe you would get back what you want if you trade him. Best for the organization to keep him.

So, the question is whether to extend or trade Roquan Smith. Well, since arriving in Chicago, Roquan has been phenomenal. Constantly putting up all-pro seasons but not getting the respect he deserves. With his contract coming up, he felt this was his time to get the recognition he deserved. Unfortunately for him, he has handled this situation all but wrong. Going and requesting a trade to call out the organization, and “hiring” an agent to seek interest from other teams. By trading Roquan, the Bears would lose a tremendous talent and leader for the start of something great here in Chicago. I don’t think the Bears should or will do this. Despite the drama, I think the Bears extend Roquan at something like 5 years at $100,000,000.

I don’t think the Bears are necessarily the villain here like everyone wants to make them out to be. I think we’d view this situation very differently if the Bears didn’t have such a piss-poor history when it came to retaining top talent.

Ryan Poles has done absolutely everything right (putting Roquan on PUP to avoid fines, etc.) up until Roquan decided to go nuclear with his statement on the ‘Gram the other day. From that point on, Roquan has misplayed this every step of the way. Negotiations are hard, especially when you’re at the center of them. While I think Roquan is a smart kid and absolutely has the brains to navigate the dollars and cents, I think he’s had a hard time taking a step back and not taking the negotiation personal. It’s a very easy trap to fall in when you don’t have an agent filtering what’s said at the negotiating table.

That said, I think it’s in everybody’s best interest for the two sides to come to a deal. To me, that sweet spot is right around the $20 million per year number, falling in-line with what Darius (I guess it’s Shaquille now?) Leonard set the market at.

At the end of the day, I don’t want another draft pick as a consolation prize (ask the Raiders how that turned out for them with the Khalil Mack trade). When you have top talent, you keep them. If you have a young asset that everyone wants, there’s zero sense letting them walk out the door.

With the Roquan Smith saga taking another massive turn today it shows that both sides are farther apart than we thought. It brings up the question what do you do with Roquan? Currently I am in the middle of the argument of whether you resign him or trade him away. Roquan is a top five interior linebacker in the NFL which means you’d want to pay him…right? Not always, with the Bears not likely to compete for a championship for a couple seasons it may be a good idea to add more assets for the draft and allow you to build your team up in that aspect. On the flip side if you pay him the money he wants you won’t have to worry about looking to fill that role for the next 5-6 years.