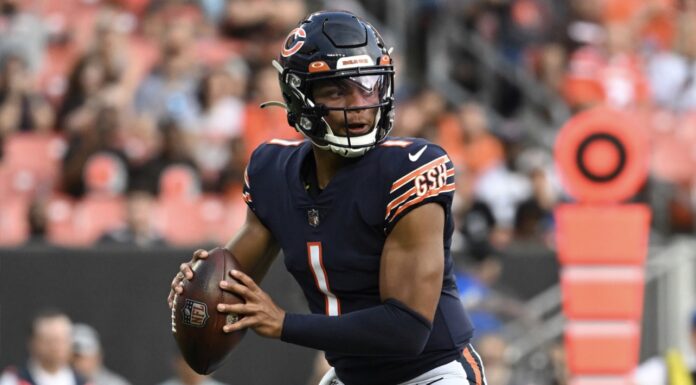 Well yesterday was the day, the rosters were trimmed down to 53 players per team. The players included in those cuts by the Chicago Bears are:

The team did also add former Baltimore Ravens DB Tavon Young to injured reserve which in turn effectively ends his season with the Bears.

The Bears will likely be adding WR N’keal Harry to IR tomorrow which will open up an extra roster spot.

With the Bears set to kickoff their 2022 campaign on September 11th against the San Francisco 49ers let’s take a look at where our Chicago Bears currently sit regarding the active roster. Obviously, certain guys were known to be safe even before today so I will be mainly covering guys that earned the spot that some people did not see coming. Also want to mention that some of these guys could likely be added to the practice squad and the Bears could also make some waiver claims that could affect the roster also.

Jake Tonges, he can play both FB and TE which likely is one of the reasons that the team decided to keep him over a guy like O’Shaughnessy. He ended the preseason with a TD against the Cleveland Browns.

Zach Thomas, the Bears decided to keep the rookie out of San Diego State which came as a surprise to a lot of people it seems. Thomas seemed to struggle a little bit in the time he had during the preseason.

Caleb Johnson, personally I did not have Johnson making the roster but he had a good preseason and training camp.

Jaylon Jones, With the injury to Tavon Young the Bears decided to keep Jaylon Jones on the roster. Jones had a quiet preseason but looked good in practice against the Bears WRs.

Elijah Hicks, I was shocked to see the Bears kept five safeties. I do not expect to see him get much playing time this season.

I want to end this with adding my own depth chart for the Bears.