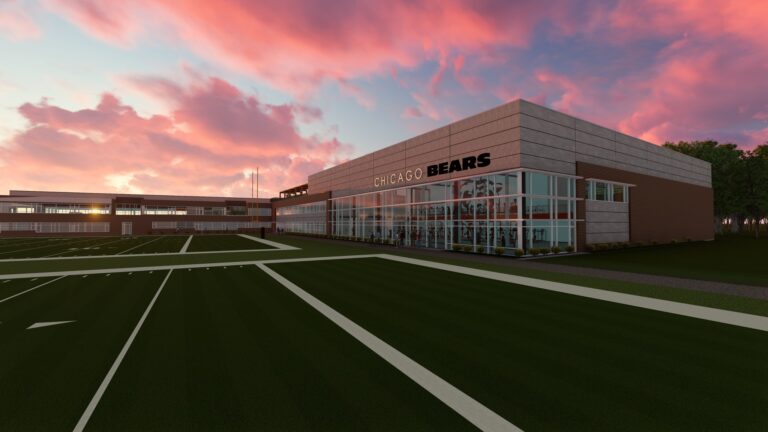 Training camp under new Chicago Bears head coach, Matt Eberflus is just around the corner. Before you know it there will be pads popping and whistles will be blaring in Lake Forest. The Bears have a lot of question marks going into training camp and I give you three things the Bears need to do before the season starts.

To have a successful offense, it starts up front with the offensive line. Yes, the play calling was garbage last year but so was the offensive line. It was like a hockey line change at the right and left tackle spots all season. The Bears could not find a consistent player for those two spots to save their lives. Chicago also lost left guard James Daniels as he signed a contract with the Pittsburgh Steelers this past offseason. The remaining players that accumulated playing time last season are Larry Borom, Tevin Jenkins, Cody Whitehair, and Sam Mustipher. The Bears signed former Packer, Lucas Patrick to slot in at center. The organization is also hoping for their two draft picks from last year, Borom and Jenkins to take major steps to make an impact this season. A name to watch is Braxton Jones, the rookie from Southern Utah. He may be one that is a dark horse to steal some playing time. Chicago has pieces but they need to come together as a unit and protect Justin Fields.

The Bears offense was a bottom feeder in the NFL last season. They could not get anything going at times and as I said earlier, the playcalling was not great. Former Bears coach Matt Nagy did quarterback Justin Fields no favors by seemingly avoiding his strengths and avoiding anything that fields was good at. Bears head coach Matt Eberflus brought in former Green Bay Packers coach, Luke Getsy to run the offense. Getsy was the quarterback coach and passing game coordinator with the Packers. I believe it will be key to have a coach for Justin that is strictly for Fields and the offense. Getsy and Fields have to be in lock step if this offense wants to take steps forward from a season ago. How will this relationship mold over camp? We shall see.

Time to head over to the defensive side of the ball and the secondary. The Bears drafted a cornerback and safety in this year’s draft. Cornerback Kyler Gordon of Washington, and safety Jaquan Brisker from Penn State. These two more than likely will be starters heading into the season. Paired with Jaylon Johnson and Eddie Jackson the Bears back end remains pretty thin for depth. How the Bears mesh the young talented players with Jackson and Johnson all while maintaining a high level of play will be intriguing.

These three things will have a heavy impact on the success of the Chicago Bears in 2022. Should be a very interesting training camp in Lake Forrest under a new regime.