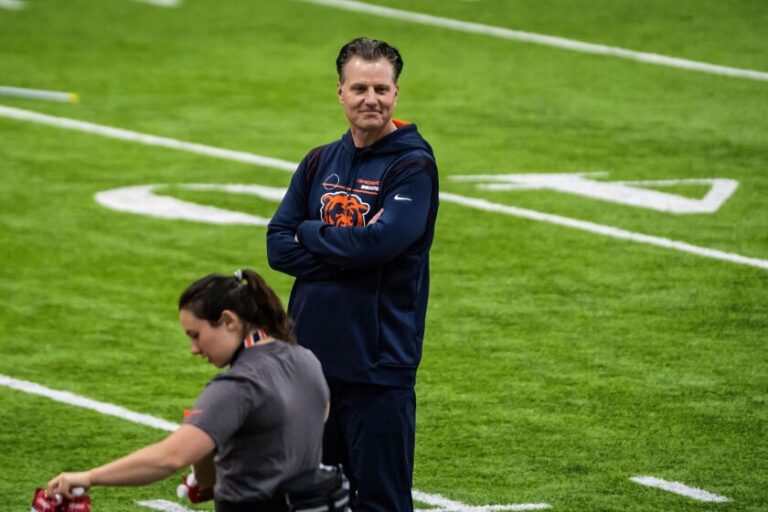 It’s been a tough last three years for Chicago Bears fans as the Matt Nagy era came to a crashing halt, and that is with a playoff appearance and a 22-27 record, something some NFL teams (cough, cough, the Lions) would kill for. So perhaps this comes across as complaining. But thank goodness we’ve moved past that. Without a doubt my favorite Chicago Bear of 2022 is the new head coach, Matt Eberflus.

Coach Flus(?) – we’re still workshopping a nickname – comes to us from the Indianapolis Colts after running their defense for the last four seasons. The Colts consistently finished around the top 10 of the NFL in total defense over that time period, including 7th in defensive DVOA in 2020 and 8th in 2021. The name that everyone thinks of with the Colts on defense is LB Darius Leonard. He came in as a rookie and became a superstar. The Bears’ best defensive player is a superstar LB Roquan Smith. Can he perhaps take his game to an even greater level with a defensive head coach? On the offensive side of the ball, we’ve seen some hopeful signs with Luke Getsy coming over from the evil empire to lead the way. Matt Nagy constantly intervened and took on the role of OC and HC at the same time. That doesn’t quite work in the NFL these days. Sign me up for moving on from that.

Coach seems like an old school football coach. He’s going to be more of a disciplinarian. He’ll put an emphasis on holding guys accountable. We already saw it with the reports of CB Jaylon Johnson working with the 2nd team after showing up a couple of days late to minicamp.

A lot of Bears fans, myself included, were looking for a head coach with an offensive background to guide QB Justin Fields. However, I think we’ve seen just how badly that can go, and how that is no guarantee. Eberflus was regarded as a future head coach while in Indianapolis. His Colts teams always seemed to maximize the talent they had available. And perhaps most importantly, everything we’ve heard out of Halas Hall is how professional he is and how he intends to establish a winning culture.

The Bears might not be good in 2022. The offense could struggle yet again. Justin Fields might not turn into a superstar this season. And yet, I’ll take that 100 times over compared to the back and forth of who is calling plays, the 3 yard hitch routes on 3rd & 5, the inconsistent 4th down decisions, and constantly breaking a great defense’s will to win. The Double Doink halted all momentum for this franchise for years. Now is the time to reset and look forward to a future with a dynamic leader on the field, and a solid presence on the sidelines.