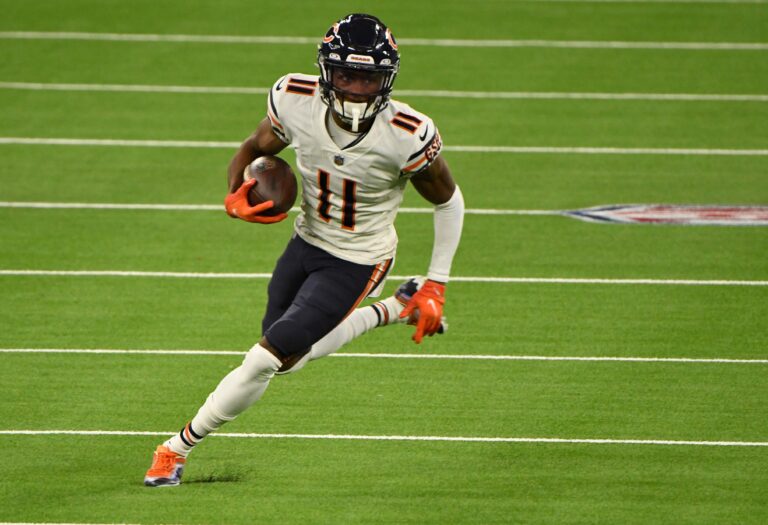 Monsters of the Midwest has tasked its writers with finding one of the favorite Chicago Bears for the 2022 season. Why are they a favorite Bear and why they may find some success in the 2022 season. First up is Cole Gross with Darnell Mooney.

The Chicago Bears have many likable players within the organization, like Justin Fields, Roquan Smith, Eddie Jackson, and more. But for me, there has been one player that I have been a fan of from day one. That would be number 11, Darnell Mooney.

Mooney was drafted in the 5th round in the 2020 NFL draft. Played his college ball at Tulane University. You could tell early on that he was going to be one of the steals of the draft with his productivity in practice. Mooney’s numbers from year one to year two vastly improved and now he will be the top target for the Bears in 2021.

Darnell has become my favorite player because I love his style of playing wide receiver and one of those guys that were overlooked but has not wavered on the big stage.

I do see him having a bigger season this year with the possibility of becoming Justin Fields go-to target. The two of them have been working out together most of the offseason. Something they both said at the end of the season last year. I am very excited for Mooney and to see what he can do in the new-look offense that the Bears are working on with Fields at the helm.