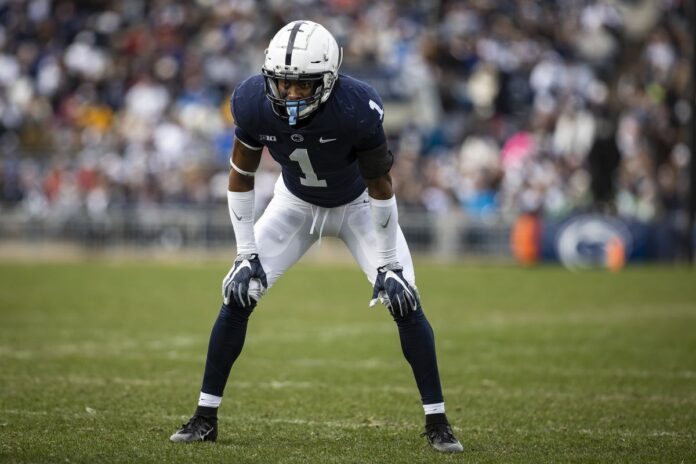 The Chicago Bears just finished the NFL draft under new general manager, Ryan Poles. One of Ryan Poles’ key sayings at his introductory press conference is that he wanted to build his team through the draft. Poles was not lying, going into the draft, the Bears only had 6 draft picks. Saturday evening they walked away with 11 picks.

Many draft experts have all agreed that the Bears had to attack a few specific positions. Those positions were WR, OL, CB & DE. General Manager, Ryan Poles hit on every single position that was needed. I will give you the three players that I believe will make an impact right away for the Bears in 2022.

My first player that can contribute right away is safety, Jaquan Brisker. Brisker was drafted in the 2nd round and the Bears’ second pick of the day. The safety out of Penn State is a playmaker. A different type of safety, known for making big tackles in open space and can come downhill and make the big hit. Going to be an extra linebacker at times when he lines up on the field.

My second player that should contribute is wide receiver Velus Jones Jr. Velus Jr. was drafted in the third round. The former Tennessee Volunteer has speed that the Bears have been lacking for many years. Ryan Poles did not want to compare him to 49ers star Deebo Samuel but has the capability to be very similar. Jones Jr. could line up in the backfield, in the slot, or be a split out wide. Do not be surprised to see him as a kick returner with his 4.3 speed.

Third and final player is center, Doug Kramer. Doug was drafted in the sixth round. The cool story about him is that he is originally from the Chicago area. He was also a three-year starter for the Fighting Illini’. What I love about Kramer’s game is that he plays through the whistle and not afraid to get physical. With the Bears being thin at the Center position and having some holes all across the line, I would not be shocked if Kramer gets some major playing time and builds that trust with Justin Fields.

Overall, I liked the results of the draft. The Bears filled some needs and added depth that has been lacking the last several years. If you can hit on 6 or 7 of your draft picks, that sets up well for your whole organization.