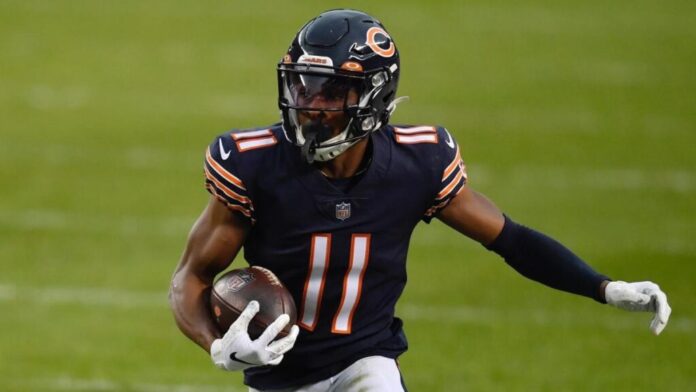 With the 2022 NFL Draft now in the rearview mirror, it didn’t take long for Justin Fields supporting cast to come into question. PFF’s Mike Renner quickly commented on the lack of proven playmakers on offense. So where does the Bears’ offensive talent really stack up with the rest of the league?

Taking QB out of the equation, you don’t even have to leave the division to find arguably inferior supporting casts. With Green Bay having traded away Devante Adams, the Packers currently find themselves with arguably less proven talent than the Bears. Names like Allen Lazard, Sammy Watkins, Randall Cobb, or Robert Tonyan do little to convince me that they have a stronger supporting cast. Even rookie receiver Christian Watson comes as more of a developmental player with a low floor.

Even teams like the Jets, Lions, Falcons, or Jaguars who brought in several new pieces through the draft and free agency have little in the way of proven playmakers. These teams are all heavily dependent on young players developing fast or players on new contracts taking that next step. Of these teams, Falcons TE Kyle Pitts & Lions TE T.J. Hockenson are probably the most proven players on otherwise unproven offenses. The Jets, Lions, & Falcons all took receivers in the first round. But that doesn’t mean they will be ready to contribute at a high level immediately.

Meanwhile in Chicago, Darnell Mooney is coming off of a 1,000 YD season in his second year. Mooney would likely be seen as the best receiver for any of the other teams I’ve mentioned. TE Cole Kmet is coming off of a similar step forward in year 2. Kmet caught 60 passes in 2021. While the lack of touchdowns could be seen as concerning, the same could be said for the entire 2021 Bears offense. At 23 years old there is still plenty of upside for the young TE. The two of them spent time this offseason working out with Fields in Georgia. I expect they will both see improved usage in 2022.

RB David Montgomery is the Bears’ most proven player on offense. After a breakout 2020 season, Montgomery came back with improved speed last year. Montgomery boasts great vision, balance, and power and showed improvement as a receiver last year. He should only improve in the Bears Outside Zone scheme. Khalil Herbert also showed lots of promise at RB last year. Herbert carried the Bears’ offense in Montgomery’s absence. I view him as a perfect fit in the outside zone scheme. His vision, burst, and power could make him an impact player in 2022.

Bears On The Rise

Now the questions become the less proven players and depth. Byron Pringle has proven himself as a solid third or fourth receiver with RAC ability. Pringle could flourish with increased reps in the Bears offense. Third-round pick Velus Jones Jr. is an explosive young athlete. He could be used in a variety of packages from day 1 as he develops his route running skills. TE Jesper Horsted caught two TD’s last year despite limited reps. He could develop into a true red-zone threat with more opportunities. Even new TE’s James O’Shaughnessy & Ryan Griffin have proven to be solid depth TE’s who should help Fields in year 2.

While the Bears certainly could use more playmakers on offense, calling this unit the worst in the league is a stretch. Montgomery, Mooney, & Kmet are all vastly underrated players who would be the best players on several offenses and all still have room to grow. And while there might not be much in the ways of proven depth, there is still more than enough room to make the argument that this is far from being the worst supporting cast in the NFL.