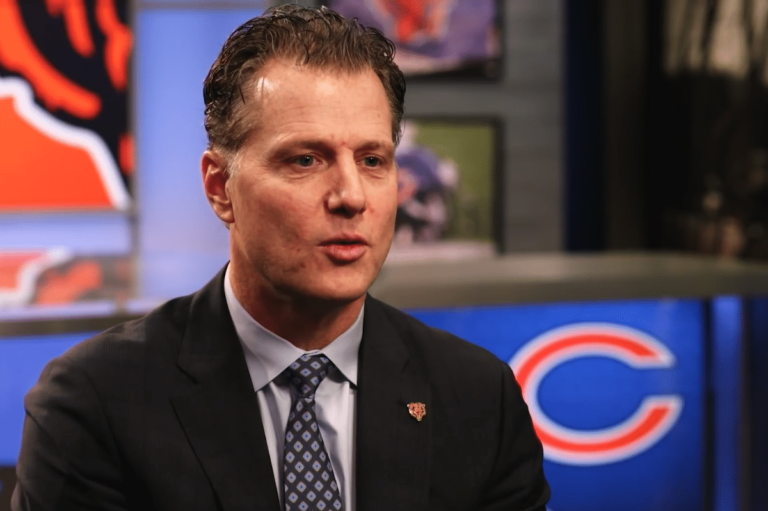 LAKE FOREST, IL – In a busy week full of breaking news out of Chicago, the Justin Fields saga heated up to another level on Friday afternoon as candid comments made by new head coach, Matt Eberflus, leaked to the public.

An unnamed source inside Halas Hall confirmed to Monsters of the Midwest that they overheard a bathroom conversation between Eberflus and Bears GM Ryan Poles over none-other than Fields, the team’s presumptive starter and face of the franchise.

“I was in my favorite stall just dropping a Packer off in the porcelain throne when I overheard Poles and Flus chatting it up at the sink. We all know Fields is a vegan, and while the ‘Old Matt and Ryan’ could live with a soft-minded mentality like that, Eberflus made it very clear he prefers a QB with a little red meat in the belly.” said the unnamed source.

When asked about the comments in his Friday afternoon media availability, Eberflus confirmed the sentiment to the public, saying “How can I expect a guy who doesn’t eat like Ron Swanson on a boys’ trip to Indy to lead this team into battle every Sunday? Guy can’t have a killer instinct if nothing had to die for his nourishment.”

Even after the media was seemingly ready to move on to the next topic, Eberflus doubled-down. “Mike Ditka will probably die with ten pounds of undigested Italian beef in his ass. That’s a man. If we wanted someone to forage for berries we would have drafted someone from Oregon.”, said Eberflus.

These comments are consistent with reports from Mike Florio of Pro Football Talk earlier this week, in which he suggested the Bears are deliberately taking a step back to undermine the growth and development of their talented young quarterback.

At the outbreak of the news Florio commented, “Elway was a T-Bone. Unitas was a New York Strip. Brett Favre was a whole pack of Ballpark Franks. Fields? That guy is ants on a log at your kid’s Cub Scout meeting. If I were the Bears, I’d ship Fields out to the first team that offers up a bone-in ribeye and some ground chuck.”

Meanwhile, the Bears are bringing the Ghost of Jared Lorenzen for lunch and a tryout Monday to help fill the apparent need in the Bears’ QB room. As for Fields, time will only tell what the uncertain future holds for the bright, yet malnourished, young quarterback.