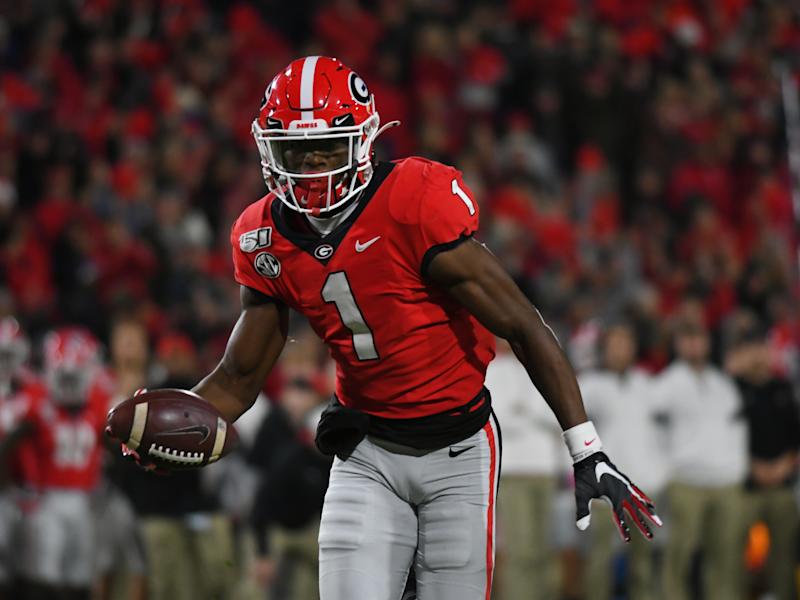 With the 2022 NFL Draft just weeks away, I think it’s a great time to dive into my top five potential prospects that the Chicago Bears could select on day two at either pick 39 or 48 (via LAC). While there is a potential to trade up into the first, I do feel like that is highly unlikely. A few guys that will not be included in this article are Chris Olave, Zion Johnson, and Trevor Penning due to being sure fire first-round picks. Also, keep in mind that I will be using statistics and grades from Pro Football Focus and NFL.com.

Pitre is graded as a late first or early second-round pick by Pro Football Focus (PFF). Jalen Pitre is a 6’0 22-year-old hybrid CB/S who primarily lined up in the slot while only being targeted 54 times all of last year and allowing 31 completions out of those targets. I have him as my top prospect because he would be the best player available as well as the secondary being a huge need due to having no one outside of Eddie Jackson and Jaylon Johnson.

Moore is the 33rd rated player on the PFF big board and is likely to go early in the second round. Although Skyy did improve his draft stock with a stellar performance at the combine in Indianapolis the other wide receivers did themselves. Moore stands at 5’10 195 pounds. He is coming off a season with nearly 1300 yards and 10 touchdowns as the number one wideout at WMU. Skyy would likely be the number two in Chicago behind Darnell Mooney but could make a huge impact as a slot WR and another deep threat for Justin Fields in year two for him.

Kenyon Green is a 6’4 325 pound guard who plays with a nasty demeanor and a chip on his shoulder which fits the mold that new Bears general manager Ryan Poles wants alongside Teven Jenkins or Larry Borom. Green is also very versatile and has played everything on the offensive line except for center in his three years at TAMU. The only reason he is lower on my list is the uncertainty of where he is going to go in the draft due to him being graded by most draft boards as a late first but I have seen him fall to the second round in quite a few as well. Green does have some inconsistency problems and did allow a lot of QB pressures last season.

Ojabo was surely going to be a first-rounder up until his achilles injury at the Michigan pro day…now his draft stock is uncertain and his rookie season could be in jeopardy. Yes, Ryan Poles does take medical history as seen with the Larry Ogunjobi situation but it could be very enticing to take a player of Ojabo’s caliber at pick 49. If this was the 2000s or even the early 2010’s I would pass on this risk but nowadays the medical technology is so advanced that this seems like it won’t be that big of an issue. Ojabo is 6’5 250 pounds and can rush the QB like no other after accumulating 37 hurries in his final 10 games. In the 2021 season he had 5 forced fumbles, 11 sacks, and 7 QB hits…it would be a nice addition to this defense following the departure of Khalil Mack. In a normal situation he would be my number one prospect but with him having an injury that could be severe if not rehabbed correctly.

Pickens was expected to be a first-rounder but missed a lot of time this year after recovering from a torn ACL he suffered in 2020. He does have a good build to last a long time in the NFL with him standing at 6’5 200 pounds. In 2020 he had 513 yards and 6 touchdowns in the eight games that he played before his injury. I would not take him at 39 but could be a nice addition at 48 if the Bears decide to go with an offensive lineman or defensive back at 39. He wouldn’t be the number one target in 2021 but would be a true red-zone threat that Chicago doesn’t truly have at this moment.

The Bears don’t have a lot of draft capital this year which makes these picks even more important. Don’t go into this draft expecting the team to make huge moves with this year being a season in which the Bears ride it out and have 2023 the true season that money is spent and big moves are made.